I commute to work every day on my motorcycle, it’s a 52 kilometre trip each way. Wearing my headphones, Waze lets me know of any accidents or hazards ahead but because the phone is in my jacket pocket, I only hear such warnings, I don’t see them. It would be nice to see the Waze screen.

I was talking with the folks over at MobileZap, who said I should try out a Olixar Universal Bike Phone Mount on the bike. So for the last month I’ve been quite happily riding around, able to see the screen with an easy glance. An added side benefit is that when I’ve received a phone call, I can see who it is and decide if I’ll pull over and talk or not. Previously I’d just ignore all phone calls whilst riding. 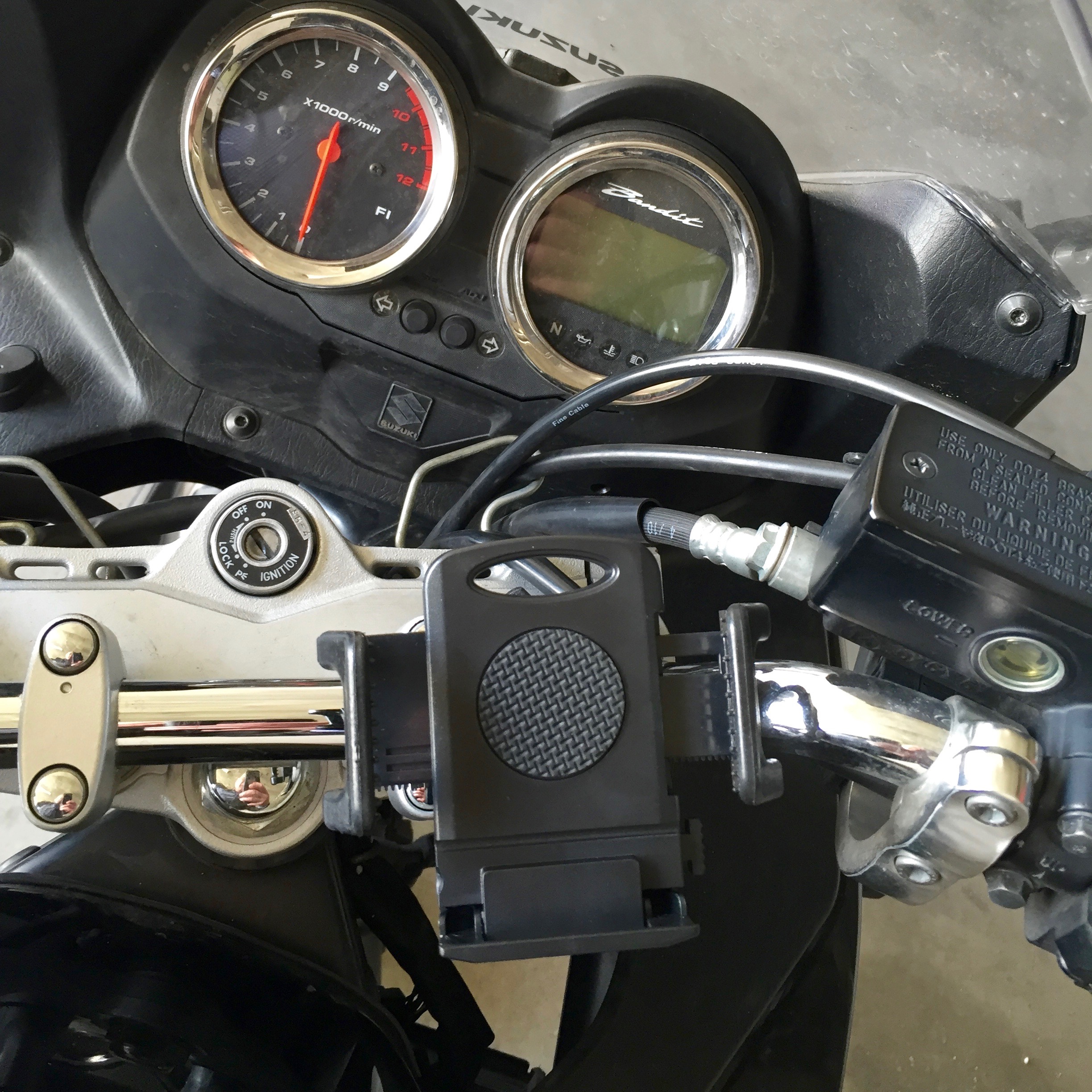 The holder itself I thought looked a bit flimsy, however it has held up really well while I’ve ridden through both really hot days (34°C) and heavy rain.

After placing the phone between the two grippy holders, simply squeeze them together and the phone is securely held. I’m using an iPhone 6 in an Otterbox Defender case and it accommodates the larger case quite well. There is a small fold-out piece at the bottom if you’re worried about it falling out the bottom, but I’ve found I don’t need it, the phone doesn’t slip or move while in the holder at all.

To release the phone, there is a small button on the lower right hand side, pressing it causes the two holders to release their grip. Although I was concerned initially that it wouldn’t hold my phone securely, it turns out that it does hold it really well, I’m now quite confident that the phone won’t come loose and fall out while I’m riding.

If you’re looking for a phone holder to fit to your road bike, I can happily recommend this one.

Thanks to MobileZap for providing this product for me to test out.